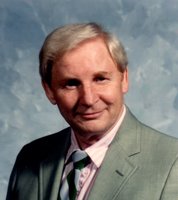 He was the owner and operator of Doyle Transportation Agency in Buffalo, New York until his retirement.

Services will be private.