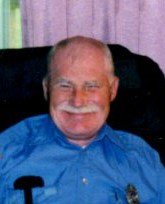 He was born April 9, 1941 in Buffalo, New York. He was a son of the late Chester P. and Mary (Bolera) Zielinski, Sr. Chester proudly served in the United States Army. He married his devoted wife, the former Joann M. Kowalewski on May 28, 1966. They were married for 52 years.

Chester enjoyed fishing, horseback riding and bowling. In 2003 he and his wife bought their first travel trailer. Through the years they were able to travel across the United States and was able to visit many of the National sites.

Upon Chester request, no services will be held at this time.

No services will be held at this time.

Share Your Memory of
Chester
Upload Your Memory View All Memories
Be the first to upload a memory!
Share A Memory
Send Flowers