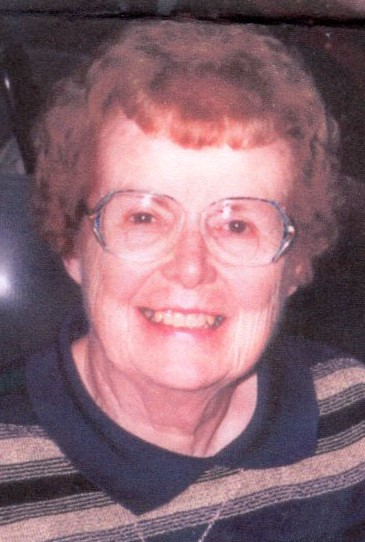 Please share a memory of Barbara to include in a keepsake book for family and friends.
View Tribute Book

Barbara J. Burke, age 97 of Hamburg, New York, formerly of Eden, New York died November 25, 2019. She was born in 1922 in Buffalo, New York. She was a daughter of the late William H. and Ella (McConnell) Jones. Barbara was a graduate of the University of Buffalo with a Bachelor’s Degree in Business Administration in 1952 and received her Master’s Degree in Education from Buffalo State in 1971. She proudly served in the United States Navy from 1943-1946. She also worked for Marine Midland Bank as well as the Eden Town Courts as a Court Clerk. She was a member of the Trinity Episcopal Church in Hamburg. She enjoyed volunteering for the American Red Cross and the Hamburg Elementary School. She was a past member of the Eden Garden Club as well as a retired Senior Vol. Program for Erie County. She was once active in the Lafayette High School Association.

Besides her parents, Barbara is predeceased by her husband, the late William T. Burke, her twin brother Bruce Jones and a sister Gloria Ader

Barbara is survived by her children Kevin and Patrick (Marilyn) Burke, her grandchildren; Caitlin and Laura and 3 Great Grandchildren; Avery, Kassidy and Kennedy.

Also survived by 4 nieces and 1 nephew.

Look inside to read what others have shared
Family and friends are coming together online to create a special keepsake. Every memory left on the online obituary will be automatically included in this book.
View Tribute Book
Share Your Memory of
Barbara
Upload Your Memory View All Memories
Be the first to upload a memory!
Share A Memory
Send Flowers