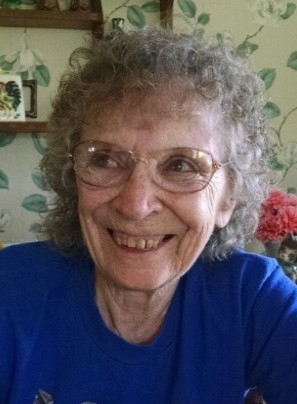 Please share a memory of Diane to include in a keepsake book for family and friends.
View Tribute Book

Diane peacefully passed away in her home with family by her side, after battling a lengthy illness.

She was born in Buffalo New York to Naomi and LaVern Hauth of Boston New York and was a graduate of Springville Griffith Institute where she was active in sports and a majorette in the high school marching band.  She spent many years enjoying her lovely cottage on Chautauqua Lake. Throughout her life she enjoyed sports, bowling, boating, fishing, horseshoes and playing euchre at VFW Post 1419 in Hamburg.

She was preceded in death by her mother and father and her younger brother Duane Hauth.  She is survived by her daughter Darlene Wittmeyer of Angola New York, James and Jean Zittel of Windber Pennsylvania, and John and Sandie Zittel of Hamburg New York. Grandchildren include: Timothy and Terrence Wittmeyer, Deanna, Jason and Kielah Zittel, Daniel, Kelly, Kathryn (Geiger) and Derek Zittel. Great grandchildren include: Landon, Hadley, Trenton, Aubrey, Allie Rue, Emmie, Beau and Dodge.

Friends and family invited to call Monday, December 9th from 2 - 7 and followed by a celebration of life Tuesday December 10, 2019  at 11am Laing Funeral Home Inc., 2724 W. Church St. Eden. Flowers gratefully declined, Memorials may be made to Hospice Buffalo

Look inside to read what others have shared
Family and friends are coming together online to create a special keepsake. Every memory left on the online obituary will be automatically included in this book.
View Tribute Book
Share Your Memory of
Diane
Upload Your Memory View All Memories
Be the first to upload a memory!
Share A Memory
Send Flowers