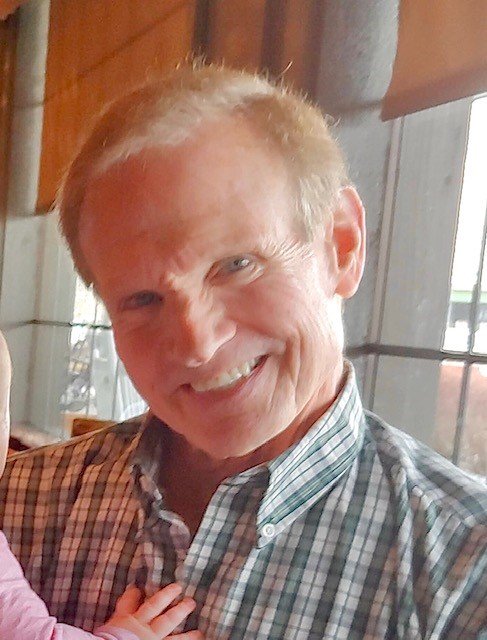 Please share a memory of Stevan to include in a keepsake book for family and friends.
View Tribute Book
Stevan C. Light, of Eden, NY passed away on Thursday, December 19, 2019. Beloved husband of the late Sue Ellen Light (nee: Laing) is survived by her daughter Arminda. Stevan was born on March 22, 1949 in Elmira, NY to the late Charles and Eleanor Light (nee: Baker). Predecease by his brother Charles Light. On August 20, 1983, Stevan married Sue Ellen Laing, and together they shared a loving memorable life until her untimely passing in 2007. Stevan and Sue played a very active role in the raising of their grandchildren, Amelia, Alan, Clara, and Zoe to whom they were loving referred to as, “Nanny and Grandpa Steve.” They would regularly take their grandchildren on the weekends and would treat them with experiences they otherwise would not have had the opportunity in having. Nanny and Grandpa Steve took their grandchildren on as their own and made an everlasting and deeply meaningful impact on their lives. In Sue’s passing Steve continued to be a staple in the lives of his grandchildren and great-grandchildren; Uriah, Julia, Naomi, Coraline, Jael, Eloise, and Adeline, building memories they will always cherish. Steve and Sue loved their cottage at Keuka Lake and would spend nearly every summer weekend there. It was truly a place of serenity and duty for them. They shared this love with their family, and it became a part of who they were. A portion Sue’s ashes were spread upon the lake in respect to her love and devotion to the cottage and the lake upon which it lay. Steve had a great skill and passion for taking out his sailboat and coasting on the lake. He would share this joy by treating his loved ones to rides out on the lake. Stevan Light loved having an orderly home but also enjoyed the chaos of nature. He had numerous bird feeders at the ready to attract the plumage of birds which would frequent his home. Deterring the pestering squirrels was always a battle which would often command his cleverness and perhaps a bit of direct force at times. His garden at both his home and the cottage were adorned with beautiful solar and wind-powered decorations that would shine, move, and light-up by the forces of nature, to be enjoyed by all. Within his orderly home he possessed a room solely dedicated to the perfection of sound. He had a very keen sense of hearing which enabled him to truly appreciate music and sound quality. He grew his expertise to great depths and with great skill. Stevan Light was more than a step-father, grandfather and great-grandfather; he was a father, a friend, and a fantastically frank voice of reason in a place that no one else could so perfectly fill. To those he loved he spoke his mind passionately and unapologetically, something he’ll forever be admired and be greatly missed for. A particularly more liberal minded individual, who loved technological conveniences, and couldn’t stand his body getting ‘old’, he didn’t quite fit his generational normative. He also had a wonderfully boyish sense of humor that helped us all remember to not take ourselves too seriously and laugh at stupid things sometimes. Memorial services will be held at the Laing Funeral Home Inc., 2724 W. Church St., Eden, NY on Sunday, January 12, 2020 from 2:00-4:00pm.
Sunday
12
January

Look inside to read what others have shared
Family and friends are coming together online to create a special keepsake. Every memory left on the online obituary will be automatically included in this book.
View Tribute Book
Share Your Memory of
Stevan
Upload Your Memory View All Memories
Be the first to upload a memory!
Share A Memory
Send Flowers