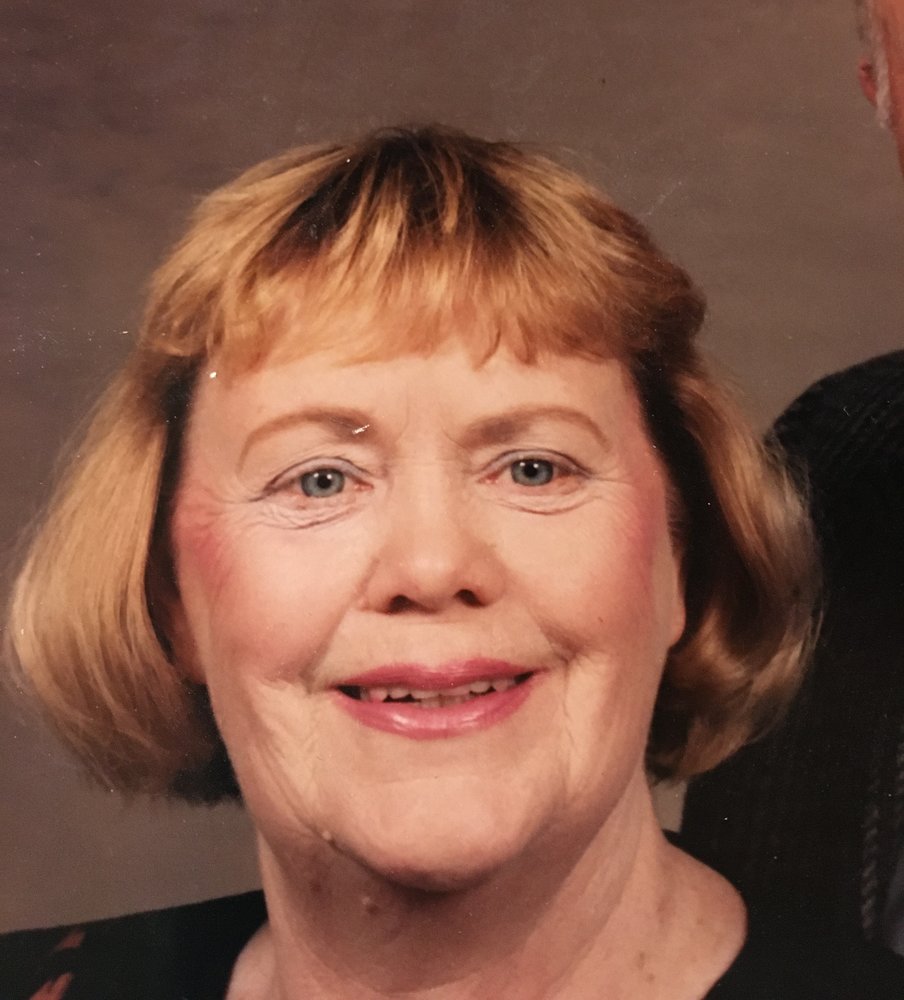 Please share a memory of Patricia to include in a keepsake book for family and friends.
View Tribute Book
Almendinger-Patricia J. (nee: Sherry) Passed away peacefully March 2, 2020. Of Eden, NY. Beloved wife of the late Jack Almendinger; loving and devoted mother of John (Susan), Julie (Carl) Allen-Otis Suzanne (David) Krycia, Lisa Almendinger Summer, Annie (Nelson) Sheehan, Jill Ann (Peter) Brydges. Grandmother of Carl III, Bradley, Jacqueline, Emily, Gregory, Stefany, Eric, Claire, Ryan, Amelia and Eden. Great-grandmother of Jamie, Emma, Owen, Penny, Jack, Esme, Gene, Olive, Finnegan and Cate. Sister of Mary (late Bruce) Sterne, Ann (late Vince) Ciampa, Leslie (David) Smith and late Robert. Also survived by brother-in-law Dick (Gerry) Almendinger and many loving nieces and nephews. Born in Cleveland, Ohio, on October 27, 1929, Pat was the third of four daughters of Hortense and Edward Sherry known in North Evans as the “Sherry girls.” She met her eventual husband, Jack, on the Eighteen Mile Creek in 8th grade, where he often went sledding with his brothers. They married in 1951 and raised 6 children in Eden. She was a wonderful homemaker and friend to the entire neighborhood. Pat started a business in the mid ‘60’s, Sunnyside Antiques, in the shop adjacent to their home with a modest investment from her mother. She specialized in early American and Primitive furniture which she often refinished. Throughout her career in antiques, she participated in many antique shows including Brimfield, Chautauqua, Boone, Bouckville, and other WNY venues. She had devoted clients that even traveled from across the country to purchase from her shop on West Church Street. She was a longtime member of the Hamburg Antique Club and the Eden Antique Dealers Association. As a devout and faith-filled Christian, Pat was very active at the Immaculate Conception Parish. She served as a long time member and former President for the Parish Council, and as a member of the Witness Choir, Bishop Committee, Mission, Renew, and the Altar and Rosary Society. She was also a founding member of the Immaculate Conception Parish Neighbors. All of her children and most of her grandchildren attended Immaculate Conception School in Eden, where she volunteered countless hours and helped found the Home School Association. Most of all she was a devoted wife, mother, Grandma and Nana, cherished by all those whom she welcomed into her kitchen, her home, and her heart. Family will receive friends Friday, March 6th from 2-4pm and 7-9pm at Laing Funeral Home Inc. 2724 W. Church St. Eden. Mass of Christian Burial will be held Saturday, March 7th, 9AM at Immaculate Conception Church, Eden. Flowers gratefully declined, memorials may be made to Eden- North Collins Food Pantry. Words of sympathy on www.LaingFuneralHome.com
Friday
6
March

Look inside to read what others have shared
Family and friends are coming together online to create a special keepsake. Every memory left on the online obituary will be automatically included in this book.
View Tribute Book
Share Your Memory of
Patricia
Upload Your Memory View All Memories
Be the first to upload a memory!
Share A Memory
Send Flowers