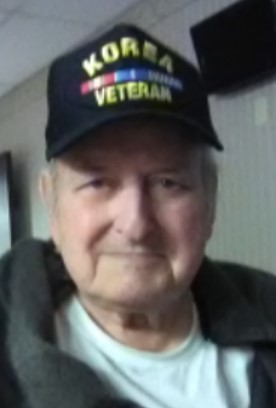 Please share a memory of James to include in a keepsake book for family and friends.
View Tribute Book
James W. Gearin, age 86, of North Collins, New York died Monday, July 27, 2020 in Springville, New York. James was born on April 1, 1934. He was a son of the late Cornelius and Marian (Burke) James was the devoted husband of the late Kathleen (Hubert) Gearin. James proudly served in the United States Army during the Korean War. He worked as a mechanic for over 25 year for Greyhound Lines Transportation Company. He was known for his great skills as a mechanic. He enjoyed learning about wartime and history in general. Watching old movies was a favorite past time. He especially enjoyed watching movie with Clint Eastwood in them as well as the Lawrence Welk Show. He was known to have a sweet tooth. He was the devoted husband of the late Kathleen (Hubert) Gearin, Loving father of Anne Scinta, late James T. (Carm) Gearin, late Timothy M. Gearin, late William Gearin and late Jennifer Gearin. Grandfather of seven and great grandfather of seven. Also survived by a brother, Robert (late Dorothy) Gearin and 4 nieces. Family and friends are invited to a graveside service Friday, July 31, 2020 at 10:00AM in Holy Spirit Cemetery, North Collins, New York. Arrangements were entrusted to the Laing Funeral Home Inc., 2724 W. Church St. Eden, New York Words of sympathy may be made on www.LaingFuneralHome.com
Friday
31
July