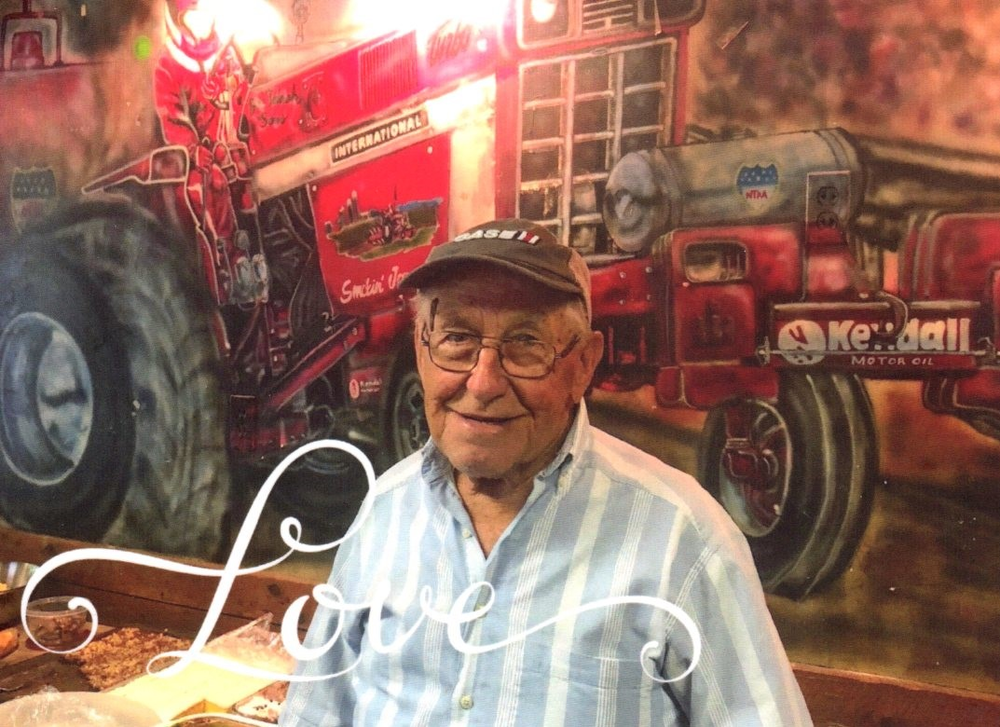 Please share a memory of Joseph to include in a keepsake book for family and friends.
View Tribute Book
Joseph A. Telaak "Smokin Joe", age 89, of Hamburg, New York died Tuesday, November 17, 2020 in his home. He was born on March 11, 1931, a son of the late Frank and Barbara Telaak. He married the former Eloise Miller on November 27, 1954 in St. Mary’s Church in East Eden, NY. They were married for almost 66 years. He was the owner and operator of the Joseph Telaak & Sons Dairy Farm in Hamburg, New York. He was a member of the Erie County Farm Bureau, Upstate Milk and the East Eden Sportsman’s Club. He was a charter member of the Empire State Pullers. He was a tractor puller for 70 years. He was the devoted husband of Eloise (nee: Miller), loving father of Allan (Bonny), Robert (June), Kenneth (Lori), Richard (Laurie) Ronald Telaak, Donna (late Michael) Bender, Linda (Richard) Vernon and Raymond (Tara Britton) Telaak. Grandfather of 21 and great grandfather of 10. Brother of the late Marie and Fred (Dorothy) Telaak. No prior visitation. A Mass and celebration of life will be held at a later date. Memorials may be made to Hospice of WNY Words of sympathy may be made on www.LaingFuneralHome.com
Online Memory & Photo Sharing Event
Online Event
About this Event

Look inside to read what others have shared
Family and friends are coming together online to create a special keepsake. Every memory left on the online obituary will be automatically included in this book.
View Tribute Book
Share Your Memory of
Joseph
Upload Your Memory View All Memories
Be the first to upload a memory!
Share A Memory
Send Flowers