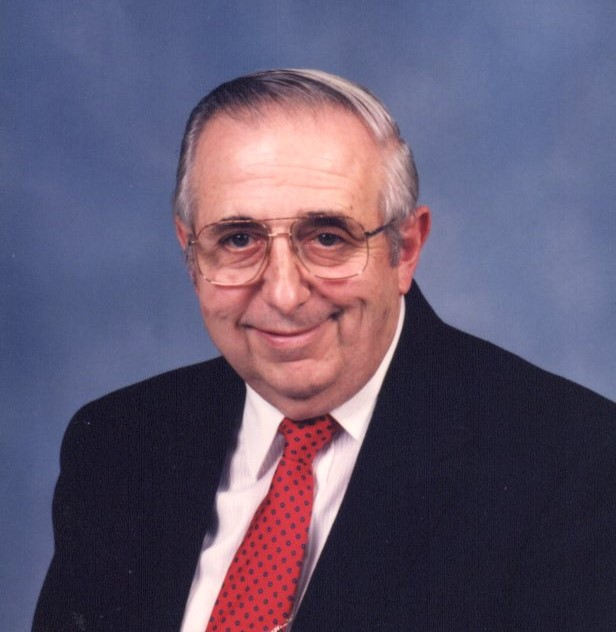 Please share a memory of Phillip to include in a keepsake book for family and friends.
View Tribute Book
Phillip Muck, age 90 died December 24, 2020. He was born on August 17, 1930 in Amherst, NY to Philip and Anna Muck. He was baptized the day he was born, as he was not expected to live. He was confirmed at St. Paul’s Lutheran Church, Eggertsville on April 14, 1946. He proudly served in the United States Army from 1952-1954 and was stationed in Korea. Phil graduated from Buffalo State College and became an Industrial Arts Teachers. He remained in the education field for 32 years. He was a truant officer, attendance officer and retired as an Elementary School Principal at Lakeshore Central School in June 1990 at the age of 59. Phil served on the Eden Library Board since 1989. He served as president of the board from 2001 to 2006, served on the buildings and grounds committee as well. Prior to being in the board, he went door to door raising pledges to have the library built. During construction of the building, he voluntarily went daily to the site checking the progress and following up on the deficiencies. Phil also participated in the development of the Master Plan in Eden, NY. He served on the Zoning Board of Appeals in Eden since 1980. He worked on the Boys and Girls Club construction/renovations in 2002; he was told he was the oldest volunteer working at the site. Phil was also a member of the Evans Township Lions Club for over 20 years. He was a member of the Eden Bi-Centennial Committee and was responsible for the time capsule for the event. He also worked on the Town of Eden’s landscape project to beautify the town. He had been a member of the All Saints Lutheran Church since 1963 where he was a Deacon for over 30 years and would go to Eden Heights to assist the minister of All Saints in leading the worship service and giving communion to the residents. He also served on the Covenant Committee and presently served on the church council. He served on the council as president in 1972. He was a greeter/usher as well as picked up elderly for worship and social functions held at the church. Phil promoted setting up a bond program at the church, where members purchased bonds thus saving the congregation from getting a mortgage through a bank. He was active in the All Saints food pantry. Phil was a member of the Eden Historical Society, serving as a trustee and on the property committee. For over 30 years Phil served on the Claddagh Commissions, Inc. Board of Directors and the Finance Committee. He was instrumental in developing homes in the community for people with developmental disabilities. He also assisted in the renovation of the New Angola Theater. In 2002 Phil was awarded the Eden Chamber of Commerce citizen of the year. He was also named Erie County Senior of the year in 2012 and received an award in Albany, NY as well as a certificate from Erie County Executive Mark Polancarz at the Eden Library. Before the age of 60 Phil was a local Salvation Army leader for over 10 years and served on their board for over 13 years. He assisted in the establishment of the local Salvation Army Christmas kettle drive. Phil also served on the Lake Shore Mental Health Group VI Baird of Directors which oversees Evans-Brant Community Concern and other mental health units in Hamburg and Eden. He was a member of the Lakeshore Hospital Foundation. Phil established the used clothing store now centered in the John T. Waugh Intermediate School. In 1987 he received Outstanding Service in Prevention and Control from the American Lung Association, in 1987 Phil also received the Outstanding Citizen Award for Exceptional Community Service from the Evans-Brant Chamber of Commerce. In 1983 he received the Centennial Family Congress Service Unit Award from the Salvation Army. Beloved husband of Martha (Steiger) Muck and the late Gloria Beck; devoted father of Kathleen (Kevin) LaCour. Brother of Ruth (late Raymond) Reese, late Albert, Wilford, Sally, Betty (Michael) Papsidero and Mabel. Memorial service at a later date. Memorials to All Saints Lutheran Church, Hamburg or Eden Library Foundation. Words of sympathy on www.LaingFuneralHome.com
Online Memory & Photo Sharing Event
Online Event
About this Event

Look inside to read what others have shared
Family and friends are coming together online to create a special keepsake. Every memory left on the online obituary will be automatically included in this book.
View Tribute Book
Share Your Memory of
Phillip
Upload Your Memory View All Memories
Be the first to upload a memory!
Share A Memory
Send Flowers