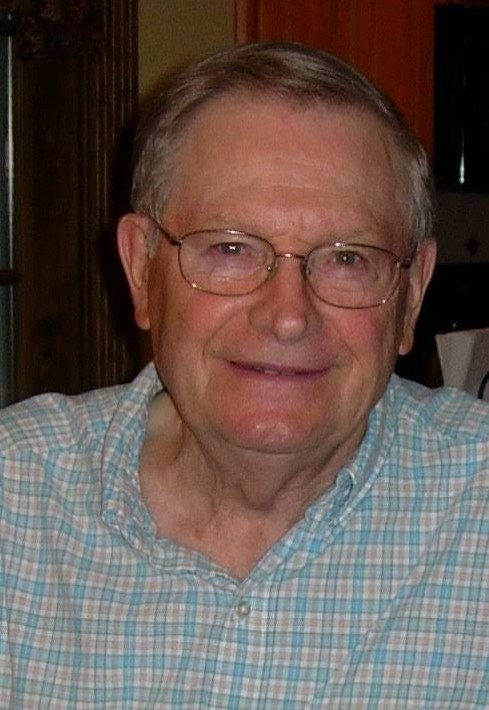 Please share a memory of Joseph to include in a keepsake book for family and friends.
View Tribute Book
Joseph Klug Jr., Retired Telephone Technician April 7th 1929 - January 6th 2021 Joseph Klug Jr. of Eden New York passed away peacefully on January 6th due to complications from surgery. He was 91 years young. In the early 1950s, Joe served in the US Navy aboard the submarine tender, USS Howard W. Gilmore in Key West, FL. Later he served on the USS Fulton in New London, CT. While in the Navy he received training to be an electrician. After returning to civilian life, Joe started with the New York Telephone Company as a lineman. During his 40 year career with the phone company he worked mainly as a residential repairman/installer and in the payphone coin department. He was an active member at St. Paul’s Lutheran Church in Eden and a Stephen Minister. Joe was also a member of the Telephone Pioneers and the Eden American Legion. As a member of the “Boys of the Round Table” at the Eden’s Four Corners Restaurant, he enjoyed having coffee with his friends and solving the world’s problems. He loved to sing and was a member of the Queen City Chordsmen-Buffalo Chapter Barbershop Harmony Society as well as the former North Collins Chorale. He was an avid gardener and loved working in his yard. He enjoyed playing cards with his family and friends and belonged to a euchre club. Joe was a devoted husband, loving father, grandfather, and true friend to many in the community. Joe was married to Jean (Bley) Klug for 58 years. He is also survived by his son, James (Kristin) Klug and daughter, Julie (Kenneth) Farrell. He treasured his grandchildren Sarah and Nicholas Klug, Emma and Grace Farrell. He is also survived by his sister, Beatrice (late Richard) Brooks, brother in law Harlen Milleville, several nieces, nephews, and dear cousins. He was predeceased by his parents, Joseph and Augusta Klug, and siblings, William (Jill) Klug, Dorothy (Gary) Wolfe and Arlene Milleville. A private family service was held at St. Paul’s Lutheran Church on Saturday, January 9th. A memorial service will be held at a later date. Memorials in his name can be made to St. Paul’s Lutheran Church, Eden NY. Words of sympathy may be made on www.LaingFuneralHome.com

Will be held at a later date.
Online Memory & Photo Sharing Event
Online Event
About this Event

Look inside to read what others have shared
Family and friends are coming together online to create a special keepsake. Every memory left on the online obituary will be automatically included in this book.
View Tribute Book
Share Your Memory of
Joseph
Upload Your Memory View All Memories
Be the first to upload a memory!
Share A Memory
Send Flowers