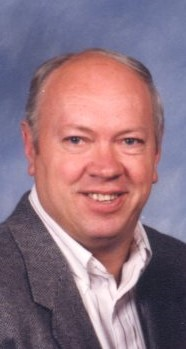 Please share a memory of David to include in a keepsake book for family and friends.
View Tribute Book
David W. Ranke, age 74 of Gowanda, New York died April 1, 2021. He was born March 7, 1947 in Gowanda, NY. He was the son of the late Wallace and Nettie Ranke. David was a long time member of the Dayton Volunteer Fire Company. He currently held the office of the Treasurer and was a Fire Commissioner for the past 8 years. He has also held the position of Safety Officer in the past. He was a member of the Cattaraugus County Fire Police Association and the Slovenian Club of Gowanda. He enjoyed fishing, hunting and playing cards. He was known for being a jokester. He was the devoted husband of Ruth A. (nee Cohoon), the loving father of Paul Ranke and Beth (Eric) Spina, the caring grandfather of Kaelei and Ashlei Spina, brother of Loretta French and Marilyn Dunkleman. Also survived by several nieces and nephews. Family invites friends to call on Wednesday, April 7, 2021 from 3-8PM at the Laing Funeral Home Inc. 2724 W. Church St. Eden, NY followed by a funeral service on Thursday, April 8, 2021 at 12:30PM at St. Paul’s Lutheran Church. Flowers gratefully declined. Memorial may be made to St. Paul’s Lutheran Church, 3487 N. Boston Rd. Eden, NY 14057 or Dayton Vol. Fire Company, 9512 Rte 62. Gowanda, NY 14070 Words of sympathy on www.LaingFuneralHome.com
Wednesday
7
April