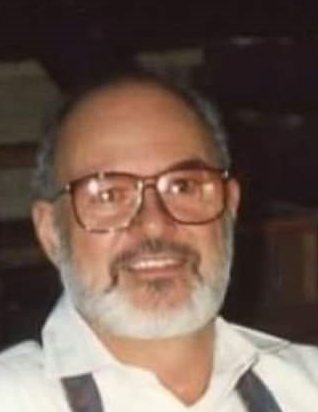 Please share a memory of James to include in a keepsake book for family and friends.
View Tribute Book
James M. Bley, age 91 passed away peacefully in his sleep on May 7, 2021 at his home in Peoria, Arizona. Born in Eden, New York, he was the son of the late Henry and Ida Bley. He contracted polio at the age of 14. After losing the use of both legs, he gained a sense of perspective and willful positive attitude. His can-do spirit was accompanied by a ready smile and a mischievous sense of humor. He pursued his interest in electronics, engineering and computers. He worked on a team who developed the communications systems for the first Apollo flights of NASA. In the 70’s and 80’s he became active for disability rights policies. He sat on the committee which lobbied for laws designating handicapped parking in Arizona. He also served as an advisor for national ADA issues, such as sidewalk ramps for the handicap. After he retired, he and his wife of 58 years spent years traveling the country in their RV with the Handicapped Travel Club. He was an excellent cook, baker and a longtime avid gardener. He was a devoted husband and a loving father. James was predeceased by his loving wife, Syliva; his brother, Harold; sister-in-law, Marilyn Bley and his brother-in-law, Joseph Klug Jr. He is survived by his four children. Paul(Leslie), Tucson, AZ; Michael(Patricia), Mesa, AZ; Laurie Bley(Claude Tyson), Mebane, NC and Kimberly(Scott) Keene; his five grandchildren, three great-grandchildren, his sister Jean B Klug, Eden, NY., and many nieces and nephews. Interment will be at St. Paul’s Lutheran Church Eden, New York. Donations may be made to Hospice of the Valley, Phoenix, AZ, https://www.hov.org/donate/donate-now/ or to St. Paul’s Lutheran Church, Eden, New York.
Online Memory & Photo Sharing Event
Online Event
About this Event