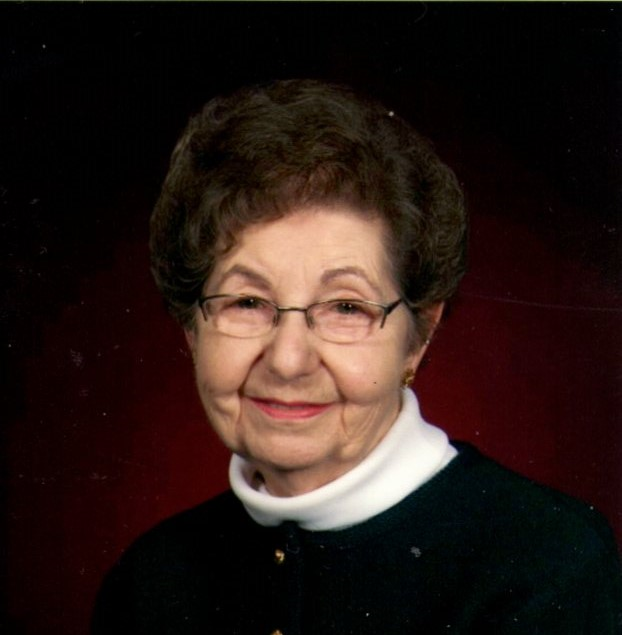 Please share a memory of F. to include in a keepsake book for family and friends.
View Tribute Book
Francis Eleanor Sendor (better known by her middle name - Eleanor), passed away peacefully on Au-gust 25, 2021. She was 97 years old. Born on October 28, 1923, in Buffalo, she was one of three chil-dren of Samuel and Francis Celani, who were Italian Immigrants. The Celani family lived in South Buffa-lo in the shadow of Republic Steel. Eleanor is predeceased by her sister Rosina Krauss and her brother Edward. Early in her life, the family moved to Blasdell, NY where she grew up, graduating from Blasdell High School in 1942. While attending high school, she took great joy in being the shortest girl on the girls basketball team. Her favorite tactic was to sneak around the tall girls and knock the ball out of their hands proving that being short, even on a basketball team, can be an advantage. Eleanor’s first job was working the lunch counter at the Steel Mill. She enjoyed flirting with the guys often drawing whis-tles of approval. Upon graduation, she began work at Fanny Farmers Chocolates on South Park Ave-nue at Ridge Road in Lackawanna; kitty corner to Our Lady of Victory Basilica. Her last job, before that of wife and mother, was working the perfume counter at W. T. Grant’s department store on Main Street in downtown Buffalo. It was during those years she met her future husband, Mike Sendor, from Lackawanna. They began dating at the time World War II started and Mike soon enlisted in the US Navy. During the war they corresponded frequently as was the practice for war time soldiers and their gals. A sad time in Elea-nor’s life was shortly after the war. Her older, then-married, sister, Rosina, developed colon cancer and passed away shortly after leaving behind two young girls, Margaret and Donna. Eleanor became a second mother for the girls and helped raise them until their father remarried. After the war was over, Mike and Eleanor married on June 15, 1947. In 1950, Eleanor gave birth to her first son, Michael Jay Sendor, followed by Richard Allen Sendor in 1954. Her two boys then gave Elea-nor three grandchildren - Tracy Woodrow, Aaron Sendor, and Katie Sendor; and three great grandchil-dren - Sarena Sendor, Colin Woodrow and Caitlin Woodrow. She also has a great-great grandson, Felix Marlow. As the post-war economy boomed, Mike and Eleanor built a new home and moved the family to the Town of Eden, NY. Although the house is small by today’s standard, this was their dream home and Eleanor loved it. She was an excellent homemaker and took great pride in her cooking and homemak-ing. Mike worked the “swing shift” at Bethlehem Steel his entire career. Every week he worked a different shift: 7 am – 3 pm; 3 pm – 11:00 pm or 11:00 pm until 7:00 am. This meant Eleanor had to prepare his meals as well as manage the children often by herself. To Eleanor, her immediate family was what she cared about most in life. As her boys got older, mar-ried and had children of their own, she loved entertaining them all for birthdays and the holidays and spent many days in preparation, making her famous blueberry pie from hand picked berries among other delights. She also helped out her sons, by caring for her daughters-in-laws when they were sick or recuperating from surgery. By caring, I mean for example, arriving every morning with breakfast (frequently blueberry pancakes), vacuuming and dusting the house while they could not, even wash-ing their hair if that was what was needed while they convalesced. If one of her family was away on vacation, she and Mike came daily to feed pets, water plants and observe for break-ins. It’s only re-cently that Sandi, Mike’s wife, who could not be here today due to recent back surgery, realized how may people it takes to fill in for that little woman’s convalescent care. Eleanor’s husband Mike was a devoted skier and Eleanor had no problem with him taking to the slopes and leaving her home to tend to her household duties or to watch her afternoon soap operas, uninter-rupted. Together they joined the Glenwood Acres Ski Club where they were members for years. Many of their great friendships came out of that club. Besides their winter activities Eleanor and Mike loved to go for long rides in the country, specifically the southern tier and Pennsylvania. After Mike passed, Eleanor’a now-99-year-old next door neigh-bor, Frieda McCord, encouraged her to read to get her mind off her loss. She started with the Chicken Soup for The Soul series and then progressed to other genres as time went on. In 2016, Eleanor, who at 91 was still independently living at home, fell and broke her ankle. Several months later she re-broke it and it was strongly suggested by her rehab discharge planner that she move into some form of senior living facility. Eleanor was adamantly opposed to leaving her home that she had cared for so lovingly. Her family agreed she could stay there if she abided by some strin-gent new rules which she agreed to. Eleanor was able to stay in her home five more years with assis-tance from her long time aide, Lori Hilliman, and more recently, her granddaughter, Katie. On July 12th, Eleanor fell and broke her arm requiring a hospital stay, placement in a rehab facility and ulti-mately becoming a full time resident of the nursing home where she passed away 44 days later. People have described Eleanor as sweet, fun-loving, compassionate, and hard working. One great niece even described her as a “cool old lady”. She had a good long life, outliving all of her and Mike’s siblings and spouses but her time had come. She will certainly be missed. Friends invited to call Sunday from 4-8 PM at the Laing Funeral Home Inc. 2724 W. Church St. Eden. A Mass of Christian burial will be celebrated on Monday at 10AM from Immaculate Conception Church, Eden. Words of sympathy may be left on www.LAINGFUNERALHOME.com
Sunday
29
August

Look inside to read what others have shared
Family and friends are coming together online to create a special keepsake. Every memory left on the online obituary will be automatically included in this book.
View Tribute Book
Share Your Memory of
F.
Upload Your Memory View All Memories
Be the first to upload a memory!
Share A Memory
Send Flowers