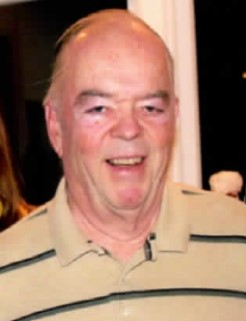 Please share a memory of Charles to include in a keepsake book for family and friends.
View Tribute Book
CARPENTER – Charles William “Bill”, age 79, a lifelong Eden resident, passed away in the early hours of November 26, 2021. He was the beloved husband of 57 years of Jane “Dede” (Wilson), a loving father to his sons: Chad (Janelle) and Scott. He was the proud grandfather of Duncan. Bill is also survived by his brother Laird, sister-in-law Nancy, and many nieces, nephews, grand nieces, grand nephews, cousins and good friends. Bill was predeceased by his parents, Charles and Evelyn Carpenter; sister Cindy and her husband Lui Casolini and brother, Grover (Nancy) Carpenter. Bill graduated from Eden High School in 1960 and Colgate University in 1964, where he earned a BA of Economics. After graduating from Colgate, Bill went to work for IBM as a computer marketing representative and learned what would become the foundational knowledge needed to successfully run M&D Systems, a business he and Dede founded in 1972 and ran until his retirement in 1998. Initially, M&D Systems was a mainframe-based service bureau. While owner of M&D Systems, Bill and his team of visionaries, including his brother Grover, developed one of the first fully integrated business accounting, inventory and production control (MRP and Resource Management) software packages for the micro computer and PC, called “MYTE MYKE”. Bill actually owned Novel license #7 and participated in building the first micro computers. He also purchased one of the first “portable computers” a Compaq Portable, in 1983. Bill was an original founder of the Eden Community Foundation and volunteered on various committees including the development of the town’s Master Plan, The Zoning Board of Appeals and several developmental committees. Bill was a long-time member of the Niagara Business Associates. Always proud of Western New York, and especially Eden, Bill often boasted that Eden and the surrounding area was the best kept secret in the country. An outdoorsman at heart, Bill was an eagle scout, an avid hunter, a fisherman and a conservationist. He enjoyed gardening, forest management and traveling the country with Dede. A celebration of life will be shared 2:00PM on Saturday, December 4, 2021, at the Eden United Methodist Church in Eden, NY. Masks will be required. For those unable to attend, the service can be viewed using the following link www.Edennyumc.org Flowers gratefully declined. Donations may be made in Bill’s memory to The Eden Community Foundation. Words of sympathy may be left on www.LaingFuneralHome.com
Saturday
4
December

Look inside to read what others have shared
Family and friends are coming together online to create a special keepsake. Every memory left on the online obituary will be automatically included in this book.
View Tribute Book
Share Your Memory of
Charles
Upload Your Memory View All Memories
Be the first to upload a memory!
Share A Memory
Send Flowers