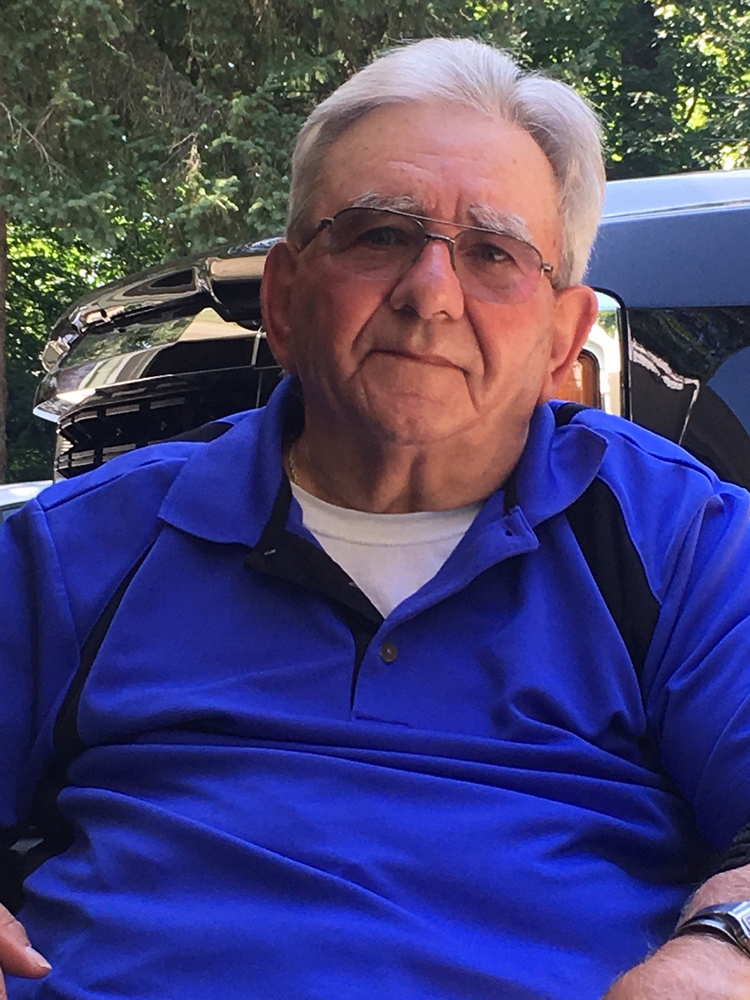 Please share a memory of James to include in a keepsake book for family and friends.
View Tribute Book
James “Jim” Renzi passed away at the age of 79 in the evening of Tuesday, December 7, 2021 at Buffalo Veterans Hospital. He is survived by his wife, Sandra “Sandy”; children Robyn Bautz-Ruffato, John Renzi (Heather), Maria Tapia (Thomas), and Jennifer (Gerald Preishcel); grandchildren Justen Valenti, Jillian McPhail, Sydnie Tapia, Scott Phillips Jr., Bryce Phillips, Mallory Tapia, Kristen Ruffato, Dallas Renzi, Thomas Tapia Jr., and Drew Renzi; brother Bill (Karen) Renzi. Jim was born on November 14, 1942 to Mildred and William Renzi, known to most as Sis and Bill of Woodlawn, New York. Jim’s journey through life is one most would acknowledge as the one less traveled. Entering the United States Navy at the ripe age of 18, he served four years on the USS Hunt as Maintenance Engineer. He lived life to the fullest! His love of adventure led his life down paths of racing and construction. Jim became an Enduro Motorcycle Racer and an Ironworker for Local No. 6 in the 1960s. Throughout his years of racing and traveling the country, he acquired numerous awards and trophies; he loved the off road-on road challenges the sport gave him. Next to racing, Jim had no fear of heights! He can be credited as one of the men who helped build the original Marine Midland Bank in downtown Buffalo as well as countless other buildings around Western NY and South America. On July 2, 1974, Jim’s path changed in an instant. Experiencing a life-changing motorcycle accident on his way home from work, he became paralyzed. He was 32 years old, and a father to three young children with one on the way. His future was uncertain, but he was not alone. With the undying love and support of his wife Sandy and his family, Jim’s life journey hit the restart button. He redefined what his life would be, and did not let his disability nor a wheelchair define him. As a true example of what marriage vows mean, Jim and Sandy got to work. They became entrepreneurs creating two home-based businesses: FastWheels Photo Service and T&R Products, and a few years later they opened and ran Rainbow Liquors in Woodlawn for 18 years. T&R Products became so successful they became a nationwide supplier of Enduro racing score cards and route markers. His love for motorcycles and racing was never lost; he used to sponsor flat track racers and volunteer at the track every chance he could get. Jim became a founding member of WNYERA or Western New York Enduro Racers Association, and was a member of Welland County Motorcycle Club in Welland Ontario, Canada. In the late 80s, his deep admiration for driving and speed guided him toward lasting friendships that helped him restore and modify street rods (1923 T-bucket and 1930 Model A coupe). You could most certainly recognize if he was coming down the road by the sound and style! Jim was a member of Southern Tier Auto Buffs, and loved going to car shows to show off his prized possession. As a people person he loved to stop and chat so for his retirement years he enjoyed his time working at Walmart. He always greeted everyone he met with a smile, and could be seen motoring around the store in his electric powered wheelchair working in various departments - you better keep up if you needed to be shown where merchandise was! He also competed for the Buckeye Chapter in the National Veterans Wheelchair Games; was a member of the Legion Post 880, and the Eden Rod and Gun Club; and a lifetime member of the VFW in Eden, NY. Jim defined what it meant to be as a devoted father and loving husband. He supported all four children no matter what, from travel hockey to countless softball and volleyball games, even dance recitals - you could find him there cheering on. He also liked making yearly trips to Bike Week in Daytona Beach, Florida with his lovely Sandy alongside. A loving grandfather of 10 as well, he deeply cherished the unique relationships he had with each of them. It is difficult to sum up such an incredible man’s life in a few paragraphs, but if there are three words to describe him they would be: tenacious, stubborn, and affectionate. Jim’s legacy was to live life to the fullest and never give up, regardless of the obstacles thrown in your path. His passing is not the end, it is just another journey for him. Due to Jim’s wishes, there will be no services held at this time. In lieu of flowers, contributions may be sent to Paralyzed Veterans of America. www.pva.org. Condolences may be expressed at www.laingfuneralhome.com
Online Memory & Photo Sharing Event
Online Event
About this Event