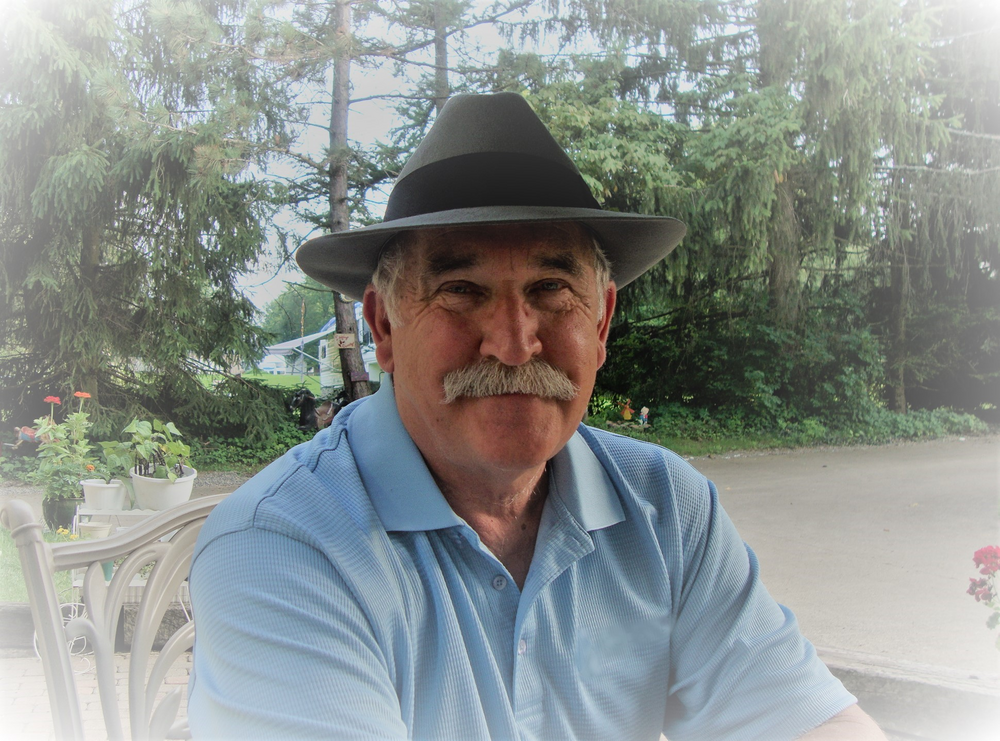 Please share a memory of Robert to include in a keepsake book for family and friends.
View Tribute Book
Robert Hugh Wiltshire, 79, of Eden, NY entered his heavenly home on February 24, 2022 after two lengthy illnesses. Bob was born in Burlington, Ontario to parents Hugh O. & Caroline Wiltshire who loved him so. As a child, he enjoyed riding in the sled pulled by his mother going grocery shopping in the snow, fishing, biking, playing street hockey, hand-feeding deer and bears in the park at the far northern Ontario home of his mother’s family, helping the community as a Boy Scout, and playing and gardening with his father in the backyard. His first job was in a hardware store where he got hands-on experience with building and constructing. After graduating from Nelson High School, he went on to earn a 3-year Associate’s Degree in Engineering Technology from Hamilton Technical Institute. Then he worked at Ford Motors in Hamilton, Ontario where he used the new high-tech punch cards for inventorying parts for cars being built each week. He later worked at a door company, a portable housing manufacturer for the oil field where he got to travel to Alaska, and operated the water system on a Western Canada island where he lived and where his daughter Sheryn worked happily by his side. Later he designed and sold valves and pumps for water systems, providing many a municipality over the years with solutions for their supply and distribution issues. He ended his long career owning his own valve business. In Houston, TX, he met Sandra, and on a beautiful, sunny spring day, they married on the beach surrounded by family. They made their home in the gently rolling farmland of Eden, “the garden spot of New York State” and truly enjoyed their house, yard, and life together. They relished many little adventures such as car races, camping, live music, farmers markets, picnics by Lake Erie, and country drives. Bob always had a smile or a joke for anyone he met, a positive attitude, and was a very gentle man. He was immensely proud of his 4 children. He loved the Lord and expressed that love by helping people in need through his volunteer work around town. Though diagnosed with metastatic prostate cancer and Alzheimer’s Disease, he was ever optimistic and fought valiantly, until he heard His Lord and Savior say “Come home! come home! Ye who are weary, come home!” Bob was predeceased by his parents, many aunts and uncles, and his treasured parents-in-law. He is survived by his wife, Sandra; his 4 beloved children: Brent (Deborah), Sheryn (Len), Mike (Alanna), and Cory (Stephanie); his 7 dear grandchildren: Jessica, Arthur, Aurora, Landon, Wyatt, Morgan, and Zoe; as well as numerous sisters- and brothers-in-law, and nieces and nephews. The family wishes to express heartfelt thanks to the Alzheimer’s Association of WNY and Hospice Buffalo for their kindness throughout his illness. Memorial service will be on Saturday, March 5 at 1pm at St. Paul’s Lutheran Church, 3487 North Boston Rd, Eden, NY 14057. In lieu of flowers, donations may be made to the Alzheimer's Association or Hospice Buffalo. If preferred, flowers may be sent to Laing Funeral Home, 2724 West Church Street, Eden, NY 14057.
Saturday
5
March

Look inside to read what others have shared
Family and friends are coming together online to create a special keepsake. Every memory left on the online obituary will be automatically included in this book.
View Tribute Book
Share Your Memory of
Robert
Upload Your Memory View All Memories
Be the first to upload a memory!
Share A Memory
Send Flowers