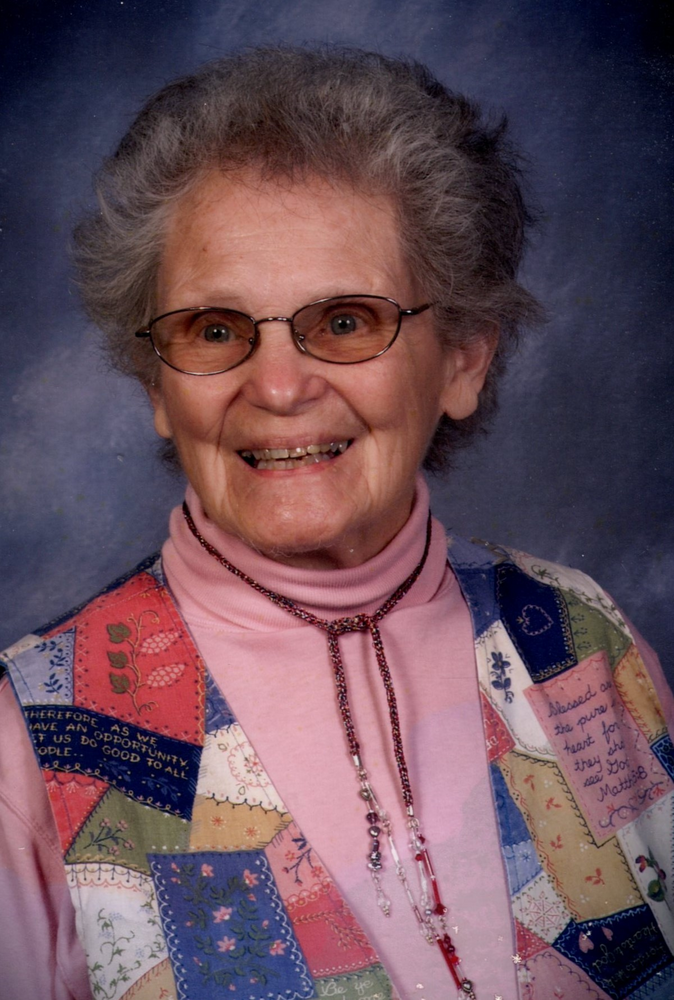 Please share a memory of Joyce to include in a keepsake book for family and friends.
View Tribute Book
Joyce Hatch Maggs, age 93 of Eden, New York died March 22, 2022. She was born January 3, 1929 in Niagara Falls, New York. Joyce hit the ground running. At the young age of three she learned how to swim. She became a Girl Scout and later a Life Guard at Girl Scout Camp at Zoar Valley. As a youth she enjoyed horseback riding and performing in the high school plays. She attended Fredonia State College for Music Education where she first earned a bachelor’s degree and then her Master’s degree. She taught music education at Farnham and Lake Shore Central for 10 years. After that she was a substitute in the music department for Lake Shore as well as Eden Central School. Joyce also taught music at the Immaculate Conception School in Eden, NY. She played viola in the Orchard Park Symphony for 50 years, retiring at age 80; also played in string quartets and chamber groups. She taught private violin lessons for many years. In her spare time, Joyce loved to travel! She would choose campgrounds based on access to swimming. She visited 47 states plus Romania, Costa Rica, England and Wales. Joyce was a gracious and loving host who hosted family picnics and holiday parties for 25 – 50 people of all ages. When summer rolled around Joyce made sure everyone knew her pool was open! Joyce lived in Eden since 1960 and on First Street from 1964 to 2022. She made Eden her home where she became very active within the community. She was a member of the Eden United Methodist Church where she played in Bell Choir, directed the Junior Choir and children’s plays as well as served on many committees. She also is a Past President of local United Methodist Women, past president of Niagara Frontier District UMW and on Projects Board of Conference UMW. Joyce was an Eden Respite volunteer before she became a guest….she loved going to Respite! Her granddaughter in law, Suzie Maggs, is quoted saying “She had a million stories, and steadfast love for family.” Her grandson Bryan Maggs quoted “So many people were blessed to have been touched by her kindness, sternness, work ethic, appreciation for music and art, and love of sports and the outdoors.” She will be known for being strong, loving and joyful. Joyce was the devoted wife of the late Gerald R. Maggs, the loving mother of Barbara Rodriguez, Kenneth (Tee Dasey), David Maggs, Susan (Timothy) Burek, Cathleen (late James) Jeffers, Linda (Daniel) MacNaughton and Ronald (Katherine) Maggs. Grandmother of 14, great grandmother of 22 and great-great grandmother of two. Sister of the late Jerald Hatch. Family and friends are invited to call Saturday from 7-9PM and Sunday from 2-4 & 7-9PM at the Laing Funeral Home Inc. 2724 W. Church St. Eden, followed by a funeral at the Eden United Methodist Church of Monday at 10AM. Memorials may be made to EUMC Words of sympathy on www.LaingFuneralHome.com
Saturday
26
March

Look inside to read what others have shared
Family and friends are coming together online to create a special keepsake. Every memory left on the online obituary will be automatically included in this book.
View Tribute Book
Share Your Memory of
Joyce
Upload Your Memory View All Memories
Be the first to upload a memory!
Share A Memory
Send Flowers