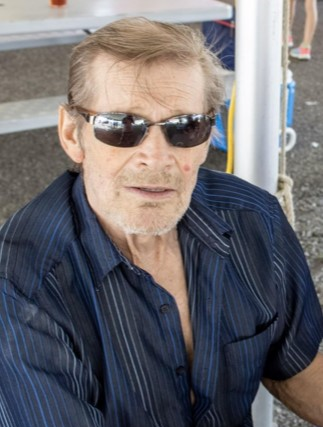 Please share a memory of David to include in a keepsake book for family and friends.
View Tribute Book
Blasz – David F. age 70 of North Collins died October 9, 2022 after a long battle with cancer. Son of the late Felix and Irene Blasz. Former husband of Denise Blasz. Loving father of Joseph (Dominique St. George) and Jason (Jen Wright) Blasz. Adoring grandfather of Madison and Dezarae Blasz. Dear brother of Fred (late Chris), late Donald and late Paul Blasz. Significant other to Renae Martinelli. Also, survived by several nieces and nephews. Dave was best known for his small engine repair in his barn and playing the accordion with his father and brother in their band Phil Blasz and the Razor Blades. Services will be held at the convenience of the family. In lieu of flowers, donations in David‘s memory may be made to the Eden American Legion Post #880, Eden NY. Words of sympathy may be left on www.LaingFuneralHome.com.
Online Memory & Photo Sharing Event
Online Event
About this Event