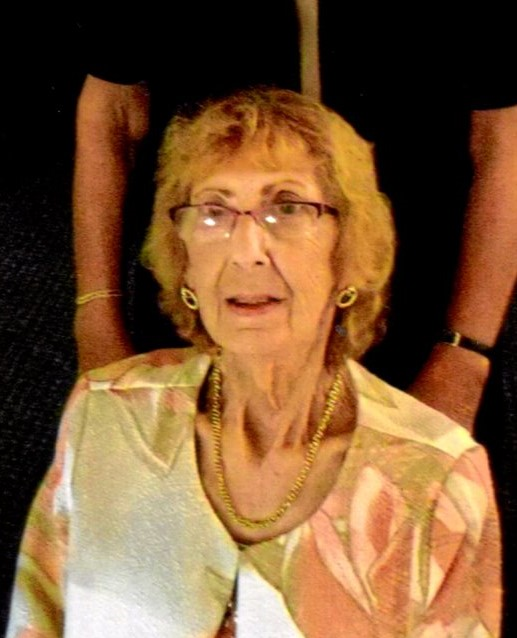 Please share a memory of JoAnn to include in a keepsake book for family and friends.
View Tribute Book
JoAnn Lippacher (nee: Beller), age 80, of Hamburg, New York died October 14, 2022. She was born on October 9, 1942 in Buffalo, New York. She was a daughter of the late Albert and Anne Beller. She married her loving husband, the late George Lippacher on June 3, 1961 in Amherst, New York. She enjoyed being with her family especially her grandchildren. She enjoyed crocheting; making many blankets as special gifts for those she loved. She was known for her cooking, making homemade pizzas, holiday platters with homemade cookies and was famous for her Texas sheet cakes. Joann is survived by her daughter Diane (James) Brockman, her grandchildren; Ashley Popadyn, Trisha (Steve) Babcock, Jennifer (Harley) Mercurio, Nicholas Brockman, her great children; Dominic, Hailey, Morgan, Kailee, Lukas, Lilliana, Landon, Maci and Levi; her siblings; Barbara (Gary) Rausch and Albert Beller, Jr., and Richard (Syd) Beller as well as several nieces and nephews. Services will be private. Memorials in JoAnn’s memory may be made to the Alzheimer’s Association. Words of sympathy may be made on www.LaingFuneralHome.com
Online Memory & Photo Sharing Event
Online Event
About this Event

Look inside to read what others have shared
Family and friends are coming together online to create a special keepsake. Every memory left on the online obituary will be automatically included in this book.
View Tribute Book
Share Your Memory of
JoAnn
Upload Your Memory View All Memories
Be the first to upload a memory!
Share A Memory
Send Flowers