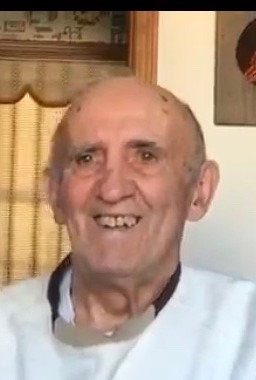 Please share a memory of Glen to include in a keepsake book for family and friends.
View Tribute Book
Glen Karstedt Glen was the fourth child of Martha and Chester Karstedt Sr. born on April 18, 1931 at their home on East Eden Road in Hamburg. He died June 7, 2020. He grew up with his sister Dorothy and two brothers; Chet Jr. and Harold. Glen worked in various family businesses from potato farming to appliance repair and auto mechanics. Glen learned to play tennis in high school, which would turn into a life long passion. Glen served in the Korean War as a demolitions expert and received various accommodations. After returning home he went to the University of Buffalo to study engineering but realized his heart was in farming. He started the North Collins Game Farm in the early 1960’s, which was the first of its kind in the United States. From that farm he shipped hundreds of thousands of pheasants to restaurants all around the world. Glen met the love of his life and future soulmate, Yvonne Fox on a blind date arranged by his brother Harold and his wife Hilda. Glen and Yvonne were married and greatly enjoyed the years they shared together. The two belonged to Gowanda Country Club with both serving on boards helping the club to thrive and grow. Glen and Yvonne lived at their home on Eden Evans Center Road in Eden and enjoyed pursuing their passions of skiing, tennis and golf while working the farm. They were fortunate enough to travel and enjoy their life to the fullest before Yvonne succumbed to cancer in 1995. In the years since Glen continued with the farm and his work at GCC but never remarried. He retired and lived the life of a gentleman farmer enjoying his home and sharing his love for golf and skiing with his many nieces and nephews. Those nieces and nephews and their families will greatly miss his wit, wisdom and the twinkle in his eye. God Bless you Uncle Glen. The family is asking for memorials be given to the Eden Emergency Squad PO Box 111, Eden, NY 14057
Online Memory & Photo Sharing Event
Online Event
About this Event

Look inside to read what others have shared
Family and friends are coming together online to create a special keepsake. Every memory left on the online obituary will be automatically included in this book.
View Tribute Book
Share Your Memory of
Glen
Upload Your Memory View All Memories
Be the first to upload a memory!
Share A Memory
Send Flowers