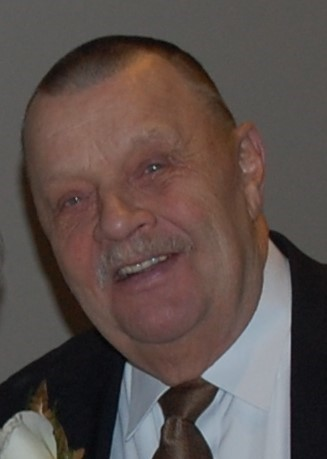 Obituary of Herbert A. Stockschlaeder

Please share a memory of Herbert to include in a keepsake book for family and friends.
View Tribute Book
Herbert A. Stockschlaeder of Eden, NY passed away suddenly February 27, 2021. Devoted husband of Erika L. (nee: Schneider). Loving father of Lisa Ann DiAngelo, Herbert A. (Michelle) Stockschlaeder II. Caring grandfather of Lauren, Erich, Gretchen, Rachael, Amelia and Herbert A. III. Great grandfather of Lillian. Brother of Margaret (late Harry) Belter. Herb grew up on the East side of Buffalo and after completing High School at Hutch Tech attempted to enlist in the U.S. Navy but was rejected. He enrolled at the Erie County Technical Institute (now ECC) where he completed coursework towards a Chemistry degree before taking a job with Iroquois Gas (now National Fuel). He owned and operated Action Heating and Appliance which was known for excellent customer service and exacting work. He was a man with a generous heart, always willing to lend a hand or money to others, often to start their own businesses. He helped found and operate the West Seneca Emergency Home Placement Service, a humanitarian agency that provided a safe place to stay and counseling services for troubled teenagers and runaway youth; housing many teens in his own home. Herb moved his family to Eden in 1977 and was an active member of the Eden United Methodist Church and the Eden American Legion both which he served and assisted in many ways. Herb retired from National Fuel Gas after 37 years of service in December of 1998 and enjoyed his retirement traveling with his wife Erika around the world. They enjoyed their winters in Florida where they made many close friends and enjoyed playing poker, shuffleboard and dancing. Herb was an avid hunter, loved to fish and joyfully shared that tradition with his children and grandchildren. He was a jack of all trades, able to fix or build anything and was willing to wait patiently for the ideas, parts or ambition to finish the project. He will be missed for his unparalleled hugs, sharp wit, generous heart and tall tales. A memorial service will be held at the Eden United Methodist Church on June 5th at 11:00 am.
Saturday
5
June

Look inside to read what others have shared
Family and friends are coming together online to create a special keepsake. Every memory left on the online obituary will be automatically included in this book.
View Tribute Book
Share Your Memory of
Herbert
Upload Your Memory View All Memories
Be the first to upload a memory!
Share A Memory
Send Flowers